Cloud has moved from hyped IT service to business necessity as companies wrestle with digital transformation. It’s not hard to see its appeal – it has a host of benefits, from being quick to deploy and scale, without requiring huge upfront investment (or capital expenditure). For smaller companies, it is giving them access to the sort of technological power and scope that was once only the preserve of the largest enterprises.

Of course, it isn’t only the preserve of small and mid-sized businesses (SMBs); once risk-averse enterprises are rapidly moving to the cloud as its capabilities and reliability have been proven. Does that mean that any advantage SMBs might once have had has disappeared, or is there still scope to use it to their advantage and steal a march on larger competitors? 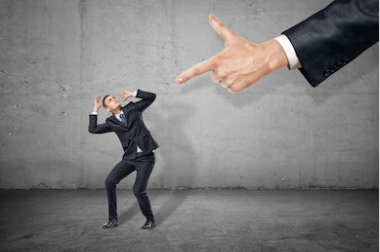 Established leaders invariably have greater scale, deeper resources, more established brand recognition and greater reach, all of which can make overtaking them seem an insurmountable task.

However, in their size lies their weaknesses. Being more established generally means greater legacy systems to have to cater for, a more engrained culture and entrenched methods of working. For listed players it could also demanding shareholders.

On the other hand, SMBs are smaller, nimbler, and are able to make decisions more quickly. They also have the advantage of being able to watch their larger rivals make their mistakes more publicly and adapt accordingly.

Take, for instance, Netflix. It started life as a postal DVD rental service, effectively the same as its largest competitor, Blockbuster, without the legacy costs of a huge network of stores. This meant it could keep costs down as it expanded, before it pivoted into a subscription service, and then a streaming subscription service. At each point, it was able to bring the cost of the core product – the film or TV show – down, while Blockbuster couldn’t as it struggled to adapt to this new type of business, powered by a new type of customer – one that was accustomed to using technology in all aspects of its life. Its inability to evolve led to its ultimate demise.

Or look at Amazon, the gold standard for digital SMBs turned global powerhouses. Again, a lack of physical presence meant it was able to continually undercut its more established competitors, such as Borders. Nowadays it dominates not only book retail but the entire retail industry, along with having a strong presence in a number of other sectors, such as public cloud.

What both these examples show is how SMBs can use technology that’s available to all to beat better established rivals. With cloud, SMBs can reduce operating costs and build an IT infrastructure that is tailored to their needs. For instance, cloud gives small businesses access to technologies that might previously have been out of reach, helping them to compete with both other SMBs and larger organisations more effectively.

Cloud technology also allows businesses to use computing resources when and as they need them. Subscription-based cloud solutions for example, offer inexpensive, online pay-per-use services that are ideal for small businesses. SMBs can also opt for bundled software solutions that allow them to address specific business needs.

This gives SMBs greater agility and enhances their capabilities without incurring unnecessary costs. If they are focused enough, and use the advantages outlines above as an SMB, then cloud can help them overcome their larger rivals.

Using cloud to deliver an advantage

Cloud offers businesses of all sizes many benefits, from reducing expenditure both up front and ongoing, to providing faster, more scalable access to new services and solutions. Ultimately, however, it is an approach to technology. To reap the true rewards of moving to the cloud, SMBs need to be able to combine a knowledge of how it can be used with their advantages as a smaller business to steal a march on more established rivals.

If you found this useful, take a look at the following content.

Software powers business. Here's the blueprint for getting the most out of your software investment.

Here are some tips on how to avoid cyber security nightmares.